Vautrin Winter 2021: Pre-Order Info, the Lowdown on Scenarios, Table of Contents and More 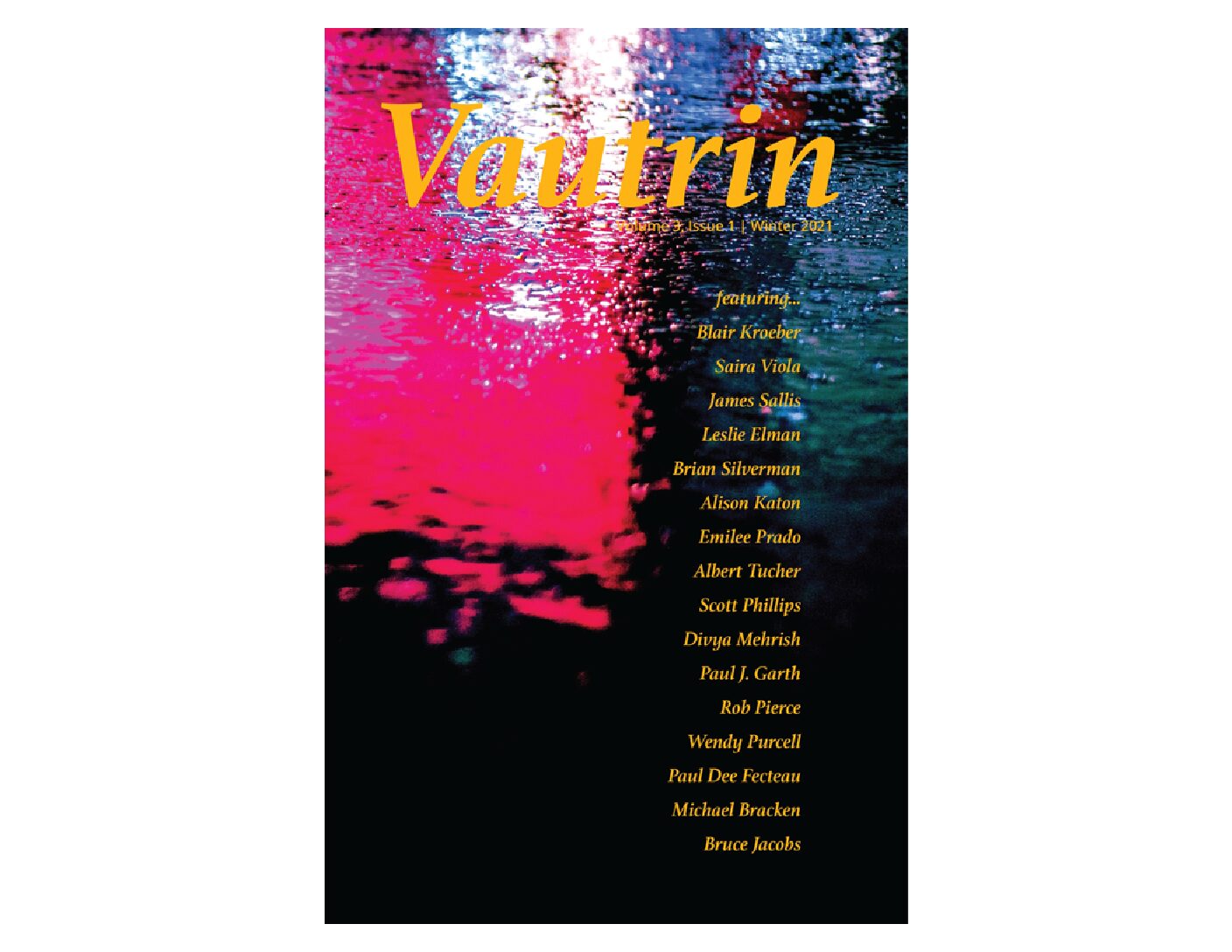 Kat Sloane could do with a shot of cash. She’s in debt to a nasty shark named Milky Kong, but her posh friends have a rule about money: it’s not fit for polite conversation. That means Kat’s getting on with plan B in Saira Viola’s “Monkey Fizz,” a poetic, richly depicted tale of manners and desperation.

Or take Phil Trullo on New Year’s Eve. Before he can chill, he needs to knock out a couple errands. His boss might start to notice, for instance, if Phil keeps letting guys slide on what they owe. And some weird dude has started to trifle with Phil’s girlfriend. But something else is up with Phil that he can’t put his finger on in Brian Silverman’s “Where the Happy People Go.”

Chicanery, survival and revenge. A mystery surrounding an old buzzard’s death. Competition between friends over a spectacular young woman. Or that moment when a character crosses the threshold into another version of reality.

Saira Viola| Monkey Fizz
Kat Sloane could do with a shot of cash.

Alison Katon| Godspeed
Megan just wanted to get away, up highway 41 to Green Bay.

Leslie Elman| The Troll Was An Old Man
The women at this funeral have a little something in common.

Scott Phillips| War Eagle
Creeping around a boxcar, checking for bulls. Excerpt from a work-in-progress.

Rob Pierce| China, My China
What kind of people go on a dig?

Divya Mehrish| Crimson
In which Carys ponders her regrets.