Tarot in the Aisles

Creating a Tarot Deck One Film at a Time 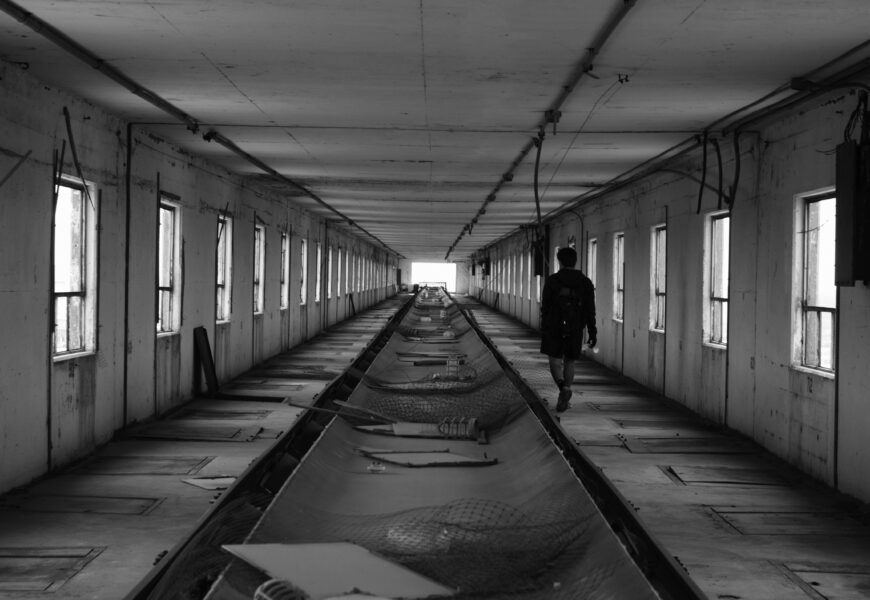 Creating one’s own tarot deck should comprise a step in the initiation of every practitioner of the creative arts, but I can’t draw for shit.  Neither do I happen to have a Pixie or Lady Frieda at hand to take up the task.  This column represents an alternative approach.  My deck will be comprised of twenty-two films, each one functioning for me as one of the Major Arcana.

“Tarot in the Aisles” will comment on those films one by one in order of the trumps, attempting to convey how each functions for me in the same range of the archetypal spectrum as its corresponding card.  We will celebrate each movie so that you can appreciate my perspective, even though you might select differently.  Enjoy the show.

Contemplate what makes for an average evening in the life of The Dude, the anti-hero of the Coen Brothers’ 1998 picaresque classic, played perfectly by Jeff Bridges.  Maybe The Dude goes bowling, or maybe he stays in.  He might even take a bath while enjoying nature’s finest.  You never know, though, something crazy could come up: he might have to run out to Ralphs to get some half-n-half for his Caucasian.

On one particular night (September 11, 1991, to be exact), his return from that errand marks the beginning of a wild series of events.  Ensuing scenes range from the ridiculous to the chaotic and on to the surreal, but each turn and twist springs from The Dude being assaulted (and his rug soiled) by Treehorn’s intellectually challenged henchman merely due to a case of mistaken identity.

The Dude’s day-to-day routine does not typically involve such noirish mystery as unravels in the wake of his ill-mannered visitors.  That is not to downplay The Dude’s impressive resume.  He was, after all, one of the Seattle Seven and worked on the Port Huron Statement before it got watered down.  The point is to suggest that the appeal of The Dude’s laid-back lifestyle rests in the way each of his days and nights is defined by possibility.  Free of rigid doctrine, not to mention the confines of nine-to-five wage slavery, The Dude has avenues of exploration open to him that are all but closed to those with more structured lifestyles.  When you’re unmoored, the winds of fate blow in gales.

My guess is the sense of unlimited possibility originating from his unencumbered existence accounts for The Dude’s enduring popularity as a character.  His approach to life has, in fact, spawned a religion called Dudeism — somewhat tongue-in-cheek, but only somewhat.  Let me quote from “What Is Dudeism?”on the website of the Church of the Latter-Day Dude, though it is unclear if this summary was written by the Dudely Lama (Oliver Benjamin) or the Arch Dudeship (Dwayne Eutsey):

The idea is this: Life is short and complicated and nobody knows what to do about it. So don’t do anything about it. Just take it easy, man. Stop worrying so much whether you’ll make it into the finals. Kick back with some friends and some oat soda and whether you roll strikes or gutters, do your best to be true to yourself and others – that is to say, abide.

There’s no fault to be found in this bit of scripture, but there is actually more to its application in the Coen Brothers’ script.

As noted, a quirk of Fate sets the story in motion: The Dude happens to have the same name as the eponymous Big Lebowski, and that makes him (and his prized rug) a target for the two dipshits.  After that, however, The Dude chooses to take actions that propel him deeper into the mystery and repeatedly so.  Walter suggests seeking redress regarding the rug, and The Dude does.  The Big Lebowski asks The Dude to be the delivery man, and The Dude does.  Maude Lebowski asks The Dude to work for her, and he does.  She asks him to go to bed with her, and he does.  Possibility is so much more fun when you actually put it to use.

For me, these two aspects — freedom from society’s strictures and the willingness to pursue one’s own impulses — both underpin the Coen Brothers’ film and embody the archetype of the Fool.

My approach to “Divination in the Aisles” does not hinge on parallels between the imagery on the cards and in scenes of the films, but one visual in The Big Lebowski is striking enough to merit comment.  In response to Walter’s idea that his rich namesake might pony up for his ruined rug, The Dude proclaims, “That’s fucking interesting, man.  That’s fucking interesting.”  While delivering those lines, he’s engaged in what is evidently some kind of bowling stretch with his head back and eyes closed.  The image on the most common zero trump is, of course, a vagabond gazing skyward as he steps toward a precipice.

It’s easy to project Jeff Bridges as The Dude onto Pamela Coleman Smith’s fool card.  Just give the guy on the card a goatee, change his tunic to a bathrobe, and make the white flower in his hand a White Russian.  One member of The Dudeist clergy has gone even further.  In a sprawlingly erudite essay titled “The Big Lebowski: A Crypto-Kabbalist Grail Quest in 156 Episodes,” the Reverend Marek Bazgrzacki finds each card reflected in a specific scene and its circumstances.  His analysis also identifies multiple aspects of the traditional Fool card that show up in the film.  These include the dog that nips at the Fool’s heels and the bag the Fool carries, though it’s Walter who contributes both in the form of his ex-wife’s Pomeranian and the ringer full of his underwear.  The possibility certainly exists that tarot imagery actually inspired the Coens.  They have not addressed the idea one way or another, not even in their famous interview with Floor Covering Weekly.

As if accessing the insight of Rev. Bazgrzacki via the interwebs isn’t enough, I also happen to personally know a practicing Dudeist.  Dr. Weed, a widely published scholar  who may turn up once and awhile in this column, has a lot to say about the film and the lifestyle, but his attention to one key scene takes on particular relevance here.

When The Dude confronts his Volkswagen tail, it turns out to be a man named Da Fino who addresses him as a “brother shamus.”  Of course, The Dude doesn’t (yet) speak the lingo, so it takes a moment for him to realize the man is a private detective who thinks that he is also.  After a moment’s hesitation, The Dude dismisses the idea, or at least he appears to do so, for the next time we see him, he has unraveled the entire mystery.  He explains everything to Walter who appears convinced they did indeed proffer a ringer for a ringer, though his mind’s more focused on keeping the shabbos.

Dr. Weed suggests that The Dude has recognized and employed an ability to function as a shamus.  His doing so entails a level of engagement with his circumstances that goes beyond what he exhibited earlier in the film.  Before, he was willing to test fate.  Now, he seeks to understand it.  This transformation becomes particularly interesting when the Tarot is considered not as comprised of isolated symbols but as a progression.  In this sense, The Dude has advanced from the Fool’s willingness to explore the universe to The Magician’s dedication to influencing it.

Though El Duderino embodies these Tarot concepts so well, we should avoid regarding his character as the totality of the zero trump paradigm, just as we resist thinking of the character on the card as the card itself.  Multiple viewings of the Coen brothers’ film The Big Lebowski have created a space in my imagination that I can access at will, and it is that which functions like the Tarot card.

The Dude’s L.A. might be the best shorthand terminology for this space which coincides with my interpretation of the Fool card.  The city overflows with quirky and often threatening personalities for whom the pursuit of pleasure trumps all (no pun intended).  Such a city sounds dangerous, and is, but more importantly, for the Coen brothers, it’s funny.  The movie’s success stems from the way it makes the noir world irresistibly hilarious.  To me, looking at a landscape of hustlers and hoods, the profligate and the perverse, and thinking “let’s go!” captures the essence of the Fool.

In the end, the universe is a scary place.  You could hide in your mansion, but you will remain forever uninitiated.  Go out in the sun where Bunny’s in her bikini even if she might bite (ouch).  Stand up to a rich guy.  Try to appreciate abstract art.  Bowl a few frames.  Take a beverage if you like. 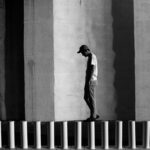 Previous Story
A Girl’s Guide to the Dark Arts 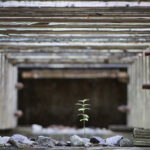 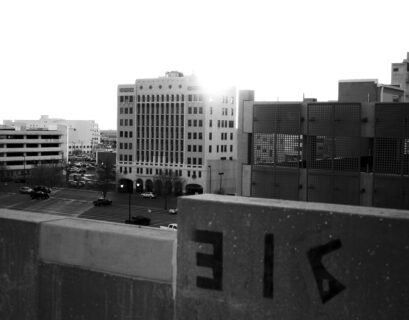 Chasing the mystery is decidedly different in the digital age than it was just a generation ago... ... 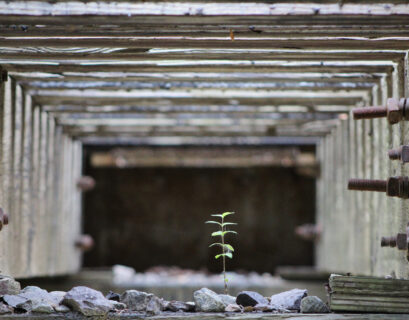 Juan Gabriel Vasquez. The Shape of the Ruins. Translated from the Spanish by Anne McLean. Riverhead Books.... 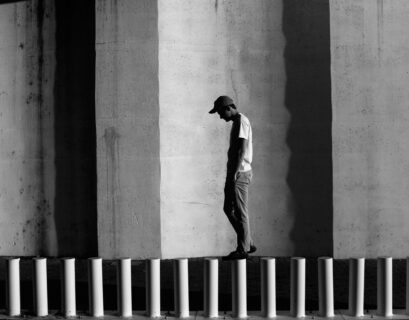 A Girl’s Guide to the Dark Arts

Is it not written on the sandals of the prostitute—follow me? —Austin Osman Spare...